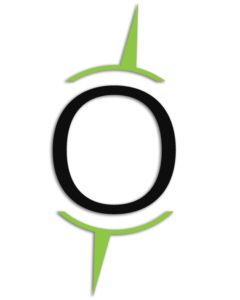 There are very few public-adjusting firms with a foundation of experience that compass Adjusting has. Our foundation is built upon the experiences and specialized knowledge that comes from decades of hands-on, roll-up your sleeves, and get it done practices. Both founders, Mark Rothbauer and Matthew Latham, each have weaved their respective careers together in order to create Compass Adjusting.

Around the same time, Matthew Latham, a high school student, knew early on that he wanted to be in construction. Working on roofing crews quickly exposed him to countless steep slope projects as well as low-slope. These low-slope systems included built-up, EPDM, as well as modified roofing. After graduating from Ball State University in 1998, Mr. Latham took his BA in Telecommunications and began working for a large restoration company stationed in northern Indiana. Almost immediately after starting, a large hailstorm struck the area throwing Mr. Latham into the adjusting/claim environment and obliging him to work with every insurer in the area to bring claims to closure.

As we entered into a new millennium, Mark Rothbauer entered into field management overseeing a field force of 12 claim consultants. He was responsible for damage inspections, contracts, estimates, production, claims negotiations, and successful completion of restoration projects. Within two years, Mr. Rothbauer became the Regional Manager of the central east coast territory, which included North Carolina, South Carolina, and Georgia. Professional networking, sales force management. territory expansion, claims negotiation, expert project analysis, and business model transition, all became a daily part of his responsibilities. In 2012, he earned his first license as a public adjuster in North Carolina. From then on, he would earn his public adjuster’s license in Texas, North Carolina, and Colorado. With his wealth of knowledge and experience, Mr. Rothbauer took his decades-long expertise to become CEO of Elite Claims Management.

For Matthew Latham, entering into the new millennium meant an exploration into independent adjusting. In 2001, he joined the NCA Group as a daily adjuster. His experience at CA would prove to be invaluable, as he would not only handle storm and CAT claims, but a wider variety. For the next 11 years, Mr. Latham developed his skills and adjusted claims for several insurance companies across the country. His insight into the industry proved to be useful in 2009, just after the financial crisis. Noticing stagnation in policies, while simultaneously changes in what adjusters were allowed to write, Mr. Latham realized that this fundamental approach had created an opportunity to improve how he helped people with their claims. He would later establish Crossroads Claim Consulting in Indiana, finding success working with top commercial contractors.

Finally, in 2012 Mark and Matthew joined forces. Each respectively bringing with them their decades knowledge, expertise, and specializations from the industry. Their partnership provides an unparalleled advantage for policyholders.

Compass Adjusting is backed by over 35 years of construction experience, both residential and commercial. Steeped in real-life construction scenarios and applications, Compass Adjusting has encountered construction projects that have ranged from a few thousand dollars to over 7.5 million. Founders, Mark Rothbauer and Matthew Latham. have cultivated a network of insurance experts and public adjusters, all of whom have an extensive background and a well of expertise with claims ranging in broadness from hail, wind, fire, hurricanes, or tornados to business interruption and supply chain collapse. If it’s a covered peril, our network of professionals has the experience to formulate a winning strategy for the Insured.

With a diversity in contracting, sales, production, estimating, scheduling, coordination. design. administration and labor ratios. Compass Adjusting is able to offer its clients the full scope when adjusting claims. We know the ins-outs of both construction and insurance, and we are built on an all-encompassing foundation.